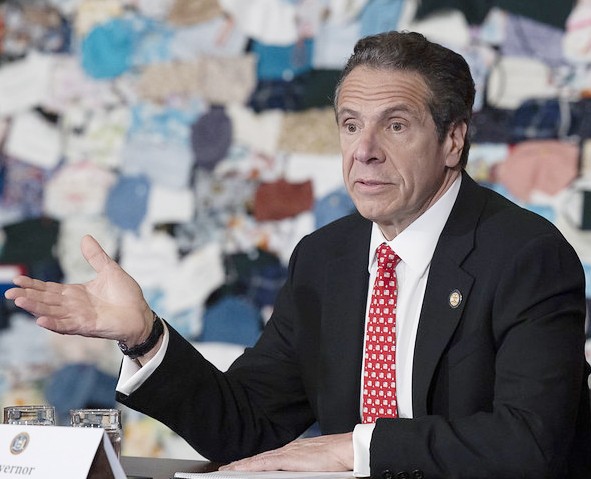 New York [US] August 4 (ANI): US President Joe Biden on Tuesday (local time) urged Governor Andrew Cuomo to resign from his position after probe finds out that Cuomo has sexually harassed several women working in his office.

The statement came after New York Attorney General Letitia James informed that Governor Andrew Cuomo has sexually harassed women in his state office. "I think he should resign. I understand that the state legislature may decide to impeach. I don't know that for a fact," Biden said in response to a question from a CNN reporter.Many of these women were young and the governor harassed them by engaging in unwelcome and non-consensual touching and making numerous offensive comments of a suggestive and sexual nature that created a hostile work environment for them, Al Jazeera reported citing Attorney General."Cuomo sexually harassed multiple women, many of whom were young women, by engaging in unwanted groping, kisses, hugging and by making inappropriate comments," James said.Cuomo, who was rising start the democratic party is facing potential lawsuits and prosecution now.Multiple women, including former and current aides, have accused the governor of inappropriate remarks and behaviour, including unwanted touching and unwelcome sexual advances.However, Cuomo has denied any wrongdoing, while suggesting that his relationships with employees he viewed as friends may have been misinterpreted.Cuomo, in a video statement, disputed the findings of the independent investigation and said that his conduct and motives had been mischaracterised by his accusers, and gave no sign that he was contemplating resignation, Aljazeera reported."The facts are much different than what has been portrayed, I never touched anyone inappropriately or made inappropriate sexual advances, Cuomo said in the video.A few months back, more than 50 Democrats of the New York State Senate and Assembly said in a letter that "it's time for Governor Cuomo to resign," arguing that he is "ineffective in this time of most urgent need."He is also the subject of an impeachment investigation after the speaker of the New York State Assembly authorized the chamber's judiciary committee to begin the probe this month. (ANI)