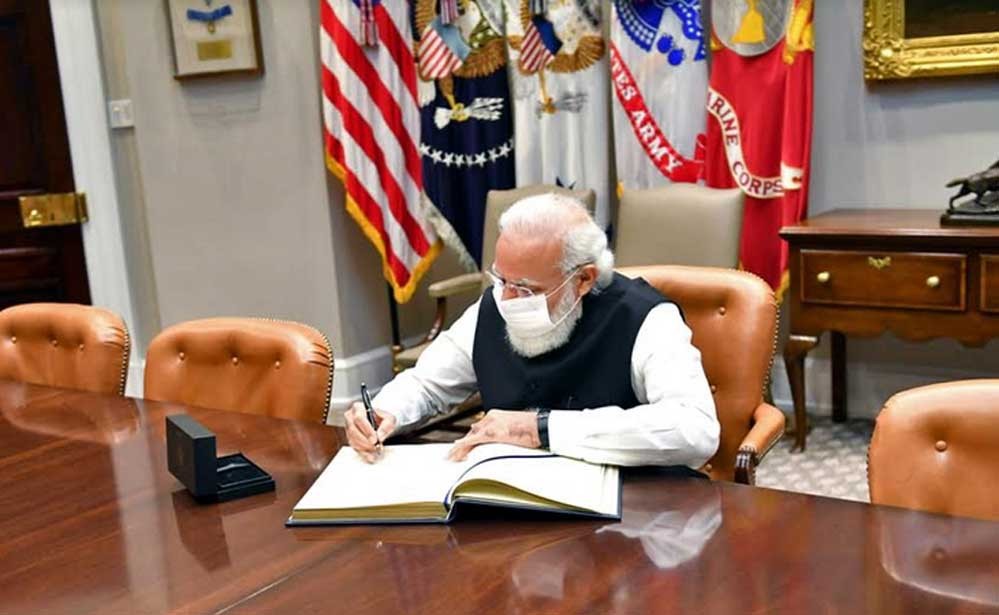 September 21, 2021, Washington DC. (Updated Sept 22, 9 PM EST) Federation of Indian American Christian Organizations (FIACONA) welcomes the Prime Minister of India. We understand he will be participating in the Quadrilateral Security Dialogue (QSD) also known as the Quad with other leaders from Japan and Australia on September 23 and 24.

The success and effectiveness of QUAD’s mission depend on how strong and stable are its member states. The United States obviously wants to work with other major democratic nations who share her democratic values – not with those who just hold periodic elections without respect for the basic tenants and values of a democracy.

It is common knowledge that the Union of India is going through unprecedented challenges under Prime Minister Modi’s watch. We are concerned that some of those challenges have the potential to cause civil unrest in many parts of the Union where it has seriously undermined the democratic values and institutions in the name of religious majoritarianism.

Reports indicate that Modi’s hardline Hindu nationalist policies have seriously threatened the fundamentals of a multi-faith, multi-linguistic, and multi-racial equilibrium among different sections/regions of the Union. These aggressive domestic policies of the government of the Union of India headed by Modi are already stifling growth and threaten stability in many parts of India. Only those who are aligned with the hardcore Hindu nationalism, both in India and abroad refuse to acknowledge this fact.

A continued push for aggressive domestic policies by the Hindu nationalists would have far-reaching implications not only within the Union of India but also across the region. It has the potential to adversely impact the US business interests in the region as well.

A weaker India caused by such unrest and insecurity – real or perceived by large sections of the Indian population, could not only impact the stability and maritime trade across the Indian Ocean Corridor but also the national security interests of the United States here at home. Specifically, it could be counter-productive to the long-term goals of the QUAD in the Indian Ocean Corridor and the South China Sea region.

Ignoring similar developments for one or the other reason in the past (in places like Pakistan) when the US needed to achieve its strategic goals (in Afghanistan) has now taught us a valuable lesson.

The use of religious nationalism or religious politics tends to produce the same result – no matter whether it is Islamic nationalism or Buddhist nationalism. No reason to assume Hindu nationalism would be any different. Facts on the ground in India make it amply evident.

So, the United States can not afford to make similar strategic mistakes over and over. Ignoring the tell-tale signs of an increasingly radicalized society, or the deterioration of liberal democratic values in a country like India just to achieve short-term strategic goals will only turn out to be an expensive mistake for the US in the long run.

The US policymakers need to take serious cognizance of the style of functioning and perceived goals of the governments in member countries instead of just accepting their talking points however rationale it may sound.

The safety and security of over 100 million Christians and their continued existence in the Union of India without daily harassment from Hindu nationalist vigilante groups (supported and encouraged by Mr. Modi’s party officials) are inextricably tied to the respect for democratic values by successive governments there.

So, the United States and FIACONA have a common interest.

The international community should decide if they are willing to deal with a strong government with dictatorial tendencies while ignoring their transgressions for whatever reason? Does the United States willing to sacrifice the future of a democratic India in the process? Or does the United States and the international community would want to see India remain a nation that truly values and upholds the spirit of democratic ideals in 10, 15, or 20 years from now and be a true partner in dealing with threats from around the world?

Appeasement or willingness to turn a blind eye in return for state cooperation of a government subscribing to a religious-nationalist ideology could only result in undesirable outcomes in the long run for the United States as the record shows.

Misplaced priorities and misguided policies of the United States to achieve short-term gains could easily land not only all mainstream Hindus, Muslims, Sikhs, Buddhists, Dalits, and the Christians (who together make up the vast majority of the population there against the Hindu nationalists) in serious jeopardy. It could also drag the US into the quandary.

So, we ask that the Biden Administration is direct and honest with their Indian counterparts in saying that the Union of India must stop sliding down its current path. Measures need to be taken to ensure that.

The Hindu nationalist leaders must be told publicly in unambiguous terms that there will be consequences for continuing to encourage and lead India down the path of religious radicalism and vigilantism. They need to be told that all kinds of rationale and false narratives offered to the International community by the Modi government must stop.

Countermeasures must be planned should India continue down the path of radical religious nationalism.

After all, it takes the willingness of the United States and the international community to remain ignorant, for India to further slide down the negative path it has chosen.