‘Like never before, I the Muslim am seen as the root cause of nation’s problems’ 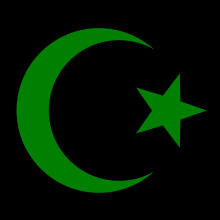 With six MPs, the Lok Janshakti Party may not count for much in the 330-plus ruling NDA. But ABDUL KHALIQ, secretary general of LJP, is the first ally to speak out against ‘the unfettered hate being spewed’ against Muslims by ‘a long list of hate mongers’

The by-election results in Bihar and UP are being viewed as a vindication of the deep-rooted and strong secular credentials of the nation. As heartening to the secular devotees is the Prime Minister’s statement that Indian Muslims would live and die for the country. However, the fact that the PM has thought it necessary to underline the patriotism of Muslims is in itself deeply disturbing. Implicit in the statement is the frightening reality of how the Muslim is viewed in today’s India.

I am an Indian but the fact that I am a Muslim has endangered my claim to equal citizenship. I say this not because of our laws which are unexceptionable but because of the mind-numbing environment of hostility and prejudice, the inexorable growth of sheer  distrust and hatred for the Muslim and all that he represents.

Although the Muslims are near the bottom of the socio-economic ladder and at par with the Dalits in almost every human development index, the public discourse today is not about the economic and educational backwardness of this beleaguered community but about the huge affliction they are in the nation’s social fabric.

The plight of the ordinary Muslim is getting progressively worse. Living on the margins of society, he has always been up against it in the field of education, in the job market, even when looking for accommodation. He is also burdened with the stigma of being in tacit collusion with terrorists. But hitherto, the discrimination and the distrust of the Muslim were covert. Now the gloves are off and the hatred is in-your-face.

Like never before, the Muslim is viewed not just as “the other” but as the root cause of the nation’s problems. The most pernicious myths are being given the widest publicity — about forced conversion of Hindu girls as a “love jihad” conspiracy to distort the population ratio, about every conversion to Islam creating one more enemy for Hindus, about 90 per cent of all rapes being committed by Muslims, about Muslims provoking riots, about there being no place for non-Muslims in areas where there are more than 35 per cent Muslims. The miasma of distrust, of hate, of prejudice hangs like a black cloud over the community.

Today Praveen Togadia is passé. What was the narrative of the shakhas and the fulminations of right wing fundamentalists are now mainstream discourse. The most inflammatory and divisive rhetoric has become commonplace. Leading a long list of hate mongers, Member of Parliament, Sakshi Maharaj, uses the public platform to allege that the madrasas across the country are imparting the ‘education of terror’ and ‘love jihad’.

Maneka Gandhi, Minister and inveterate animal lover, has no qualms in making the outrageously mendacious statement that profits from trade of slaughtered animals go into financing terrorism. Senior police officers express the most poisonous views against Muslims and Islam in their internet discussion forum on Yahoo.

At a time when there are legitimate fears of Hindu majoritarianism, a Supreme Court judge has publicly announced that if he had been the dictator of India, he would have introduced Gita and Mahabharata in schools. Tragically, these deviant thoughts, which violate the basic canons of secular humanism, are not an aberration but an everyday, recurring theme in our fractured society.

In this iniquitous environment where even allegedly secular parties tango to the politics of community and caste, rational but lonesome voices like Fali Nariman, Rajmohan Gandhi and Meghnad Desai have warned against the anti-minority bigotry and rabid hate being freely aired in the public space and the studied silence of the governing class.

Significantly, Nariman in his keynote address at a National Minorities Commission forum had exhorted the commission to fulfill its constitutional mandate of protecting the interests of minorities by filing criminal complaints and taking other strong measures to counter the hate tirades against minorities. In limp response, the commission has appealed to the Home Minister to take suitable action, thereby reinforcing the view of minorities that they cannot depend on state institutions for redress of their problems.

It is unfortunate that the observations of such enlightened individuals do not constitute “breaking news” and are hence consigned to peripheral by lines whereas the hate-soaked ranting of a Yogi Adityanath captures banner headlines and ‘eyeballs’. With the media’s lopsided focus on the sensational, everybody knows what the Yogi has said. But the rational voice is muted. It is high time that the media seriously introspected on how it projects such nation-threatening issues.

Significantly, those who are working to create a permanent rift between communities and isolate the Muslims are actually executing the pernicious plot of the separatists and other enemies of the state who thrive on social discord. It is foolhardy to believe that the nation can progress by banishing 150 million Indians into ghettoes and isolation.

Our Prime Minister has, in that most compelling slogan “Sabke saath sabka vikas”, nailed the panacea for the nation’s problems. This slogan needs to become a reality or else we face the deluge.

(The writer, a former civil servant, is secretary general of the Lok Janshakti Party. The views are personal)