By Mayank Chhaya Published on 30 November, 2016 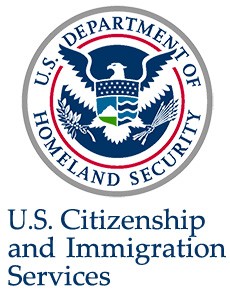 Chicago, Nov 30 (IANS) Even as broader uncertainty looms over the fate of the H1B visas under the incoming Donald Trump administration, some recent changes by the United States Citizenship and Immigration Services (USCIS) make them friendlier to those already on them.

The USCIS will now allow terminated H1B visa holders a grace period of 60 days to either leave or sort out their paperwork for new jobs. Although the existing rules did not explicitly state that the terminated H1B worker had to leave immediately, there have been cases where such H1B workers had to find a way to leave the country immediately. Decision-making in such cases came down to the individual discretion of the immigration officer."The immigration authorities have now clarified that that is not the case ending what many thought was an inhuman provision," Neeraj Bhatia, a Silicon Valley based head of an accounting firm and an expert in immigration issues, told IANS.Under its Final Rule published on November 18, 2016, which will be effective from January 17, 2017, the USCIS will now allow terminated H1B workers a grace period of 60 days to either leave or sort out their paperwork for new jobs.Another change will also prevent the revocation of I-140 by employers for those employees who have held it for more 180 days but whose services were terminated. What this does is help such employees not lose their turn in the protracted green card process once they change over to new jobs.One more significant change that the USCIS has announced relates to employment authorisation for H4 visa holders who come as spouses of H1B visa holders. Under this change, those H4 workers will not have to wait for the approval of their extension for them to continue working.Coming as it does just before President-elect Donald Trump, who is known to be averse to work visas, is set to take over on January 20, 2017, this is a remarkable change. Of course, the visas' long-term viability could come under serious strain if Trump carries out what he has promised during his rather abrasive presidential campaign.In its pre-election position paper the Trump campaign had said this: "We graduate two times more Americans with STEM degrees each year than find STEM (Science, Technology, Engineering, Mathematics) jobs, yet as much as two-thirds of entry-level hiring for IT jobs is accomplished through the H-1B program. More than half of H-1B visas are issued for the program's lowest allowable wage level, and more than eighty percent for its bottom two. Raising the prevailing wage paid to H-1Bs will force companies to give these coveted entry-level jobs to the existing domestic pool of unemployed native and immigrant workers in the U.S., instead of flying in cheaper workers from overseas. This will improve the number of black, Hispanic and female workers in Silicon Valley who have been passed over in favor of the H-1B program.""It is ironic that the position paper did not realize that a majority of STEM students consists of foreign students from India and elsewhere who eventually get jobs via the H1B visas. It is well-known that not a lot of American students go for STEM programs," Bhatia pointed out.The Trump campaign's position paper had also called for requirement to hire American workers first, adding: "Too many visas, like the H-1B, have no such requirement. In the year 2015, with 92 million Americans outside the workforce and incomes collapsing, we need to companies to hire from the domestic pool of unemployed. Petitions for workers should be mailed to the unemployment office, not USCIS."While the H1B system may yet change significantly under the new president, for now, as pointed out by Bhatia, President of Bhatia& Co. with offices in Silicon Valley, New York and New Delhi, the latest USCIS clarifications do make things smoother.On the issue of retention of priority dates, Bhatia wrote on his blog: "Workers with approved Form I-140 petitions, will generally be allowed to retain their priority date as long as the approval of the initial Form I-140 petition was not revoked for fraud, willful misrepresentation of a material fact, the invalidation or revocation of a labor certification, or material error. The final rule provides that Form I-140 petitions that have been approved for 180 days or more would no longer be subject to automatic revocation based solely on withdrawal by the petitioner or the termination of the petitioner's business."On the question of Employment Authorization Document (EAD), Bhatia said: "The rule automatically extends the employment authorization and validity of existing EADs issued to certain employment-eligible individuals for up to 180 days from the date of expiration, as long as a renewal application is filed before the expiry of previous EAD based on the same employment authorization category as the previously issued EAD."(Mayank Chhaya can be contacted at mcsix@outlook.com)

Facebook Comments
Comments
Mia Evans 2022-06-09 06:42:25
It's interesting to know that there is an option now to allow the spouse of the H4 visa holder to get H1B visas as well. I can imagine how helpful this would be for people with families they have to leave behind to work and find good opportunities. Once they get the right documents, they can finally be complete again in a country where they can have a chance to have a better life. https://www.texasimmigrationlaw.com/houston
Leave A Reply
മലയാളത്തില്‍ ടൈപ്പ് ചെയ്യാന്‍ ഇവിടെ ക്ലിക്ക് ചെയ്യുക
അസഭ്യവും നിയമവിരുദ്ധവും അപകീര്‍ത്തികരവുമായ പരാമര്‍ശങ്ങള്‍ പാടില്ല. വ്യക്തിപരമായ അധിക്ഷേപങ്ങളും ഉണ്ടാവരുത്. അവ സൈബര്‍ നിയമപ്രകാരം കുറ്റകരമാണ്. അഭിപ്രായങ്ങള്‍ എഴുതുന്നയാളുടേത് മാത്രമാണ്. ഇ-മലയാളിയുടേതല്ല