Court ruling on freedom to “not disclose” religion hailed 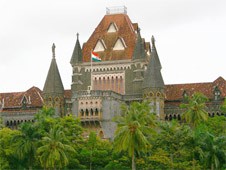 Mumbai, September 26, 2014: Bombay High Court early this week ruled State has no right to compel anyone to disclose religion, which legal experts say was a “progressive” step.

“It is an excellent judgment with no negative implications whatsoever. Why should anybody know about my religion, or whether I believe in any? It is a private affair. The court seems to have accepted that religion is a social construct,” advocate Mihir Desai, a leading human rights lawyer, said.

No citizen can be compelled to declare religion in any form or declaration, the Bombay High Court ruled here on Tuesday.

“Freedom of conscience under Article 25 of the Constitution encompasses in itself a freedom to an individual to take a view that he does not belong to any religion. No authority which is a State can infringe the fundamental right to freedom of conscience,” the division bench of Justices Abhay Oka and Girish Kulkarni held.

They were hearing a PIL filed by three individuals belonging to a registered organisation named “Full Gospel Church of God” which claims to have more than 4,000 members.

The petitioners claimed that the organisation does believe in the existence of Lord Jesus Christ, but does not believe in any religion, much less Christianity.

They thereafter filed a petition before the court claiming that their fundamental right to freedom of conscience was being infringed upon. They contended that a person can always declare that she or he belongs to “no religion”.

The State Government had rejected this view. But the court observed that Article 25 of the Constitution included the right to be an atheist.

“There is a complete freedom for every individual to decide whether he wants to adopt or profess any religion or not. He may not believe in any religion. If he is professing a particular religion, he can give up the religion and claim that he does not belong to any religion. There is no law which compels a citizen or any individual to have a religion.

The freedom of conscience conferred by the Constitution includes a right not to profess, practice or propagate any religion,” the order stated.

“The freedom conferred by Article 25 of the Constitution also includes a right of an individual to claim that he is an ‘Atheist’. As the freedom of conscience confers a fundamental right to entertain a religious belief, it also confers a right on an individual to express an opinion that he does not belong to any religion,” it further said.