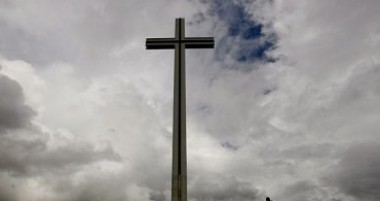 Over the past several weeks, a wave of crazed Protestant activists attacked Catholic churches in Washington and Maryland. They shouted anti-Catholic slogans with their bullhorns, passed out vile literature attacking the teachings of the Catholic Church, harassed parishioners going to Mass—they even stormed churches prior to the beginning of Mass.

These Nazi-like tactics, carried out by fundamentalists, should be widely condemned by everyone, including, most especially, evangelical and fundamentalist leaders.

Aside from the Washington Post, the media have shown no interest in this story. Why is that? Are those on the left unmoved because they greet anti-Catholicism with aplomb? Are those on the right unmoved because they do not want to rupture the Catholic-evangelical relationship? Neither reason is persuasive. Bigotry must be condemned, and this is doubly so when the basic right to attend religious service without intimidation is jeopardized.

It is sad but true that there are still pockets of anti-Catholicism in the Protestant community, especially among those aligned with conservative causes. No alliance in the culture war is worth looking past this problem, and that is why Catholics need to stand fast against attempts to brush instances like this aside.