An Open Letter To Shri. Narendra Modi, The Hon’ble Prime Minister Of India 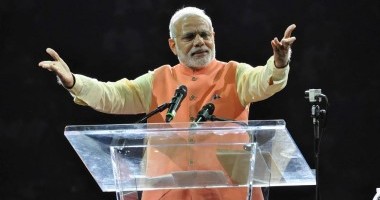 Sub: - Security of Christians in India.

It is in reference to the above mentioned subject that we would like to call the attention of your good self. We would like to introduce ourselves; Rashtriya Isai Maha Ssangh is a Christian organization comprising members of various Christian Churches working in North India. Our main aim is to promote socio-political leadership from Christians, be in constant dialogue with right wing Hindu organizations who are opposed to Christian activities and security of our community members.

The recent developments against the Christian community is a matter of great concern to us, therefore we would like to raise these points for the consideration of your good self.

1. The issue of conversion (Dharmandaran) and reconversion (Ghar Wapasi) is getting heated up with fundamental organizations teaming up with the administration and organizing reconversion programmes in different parts of the Country. It has further ignited the communal passion all over India.

2. The attacks against the Christians in different parts of India particularly in Madhya Pradesh,

Chhattisgarh, Uttar Pradesh and even the National Capital Delhi are growing. There are many incidents of Christians being targeted while they are on prayer in houses. In many incidents false cases are charged and sent them to jail. If this sort of targeted violence continues in the growing pace then it might remind the Christians of the great persecution that took place in the early church and the persecution that took place against the Jews in Germany. But it is a matter of fact that the persecution accelerated the spread of persecuted communities to different parts of the Countries.

3. It is a matter of fact that 2002 was a turning point in the life your good self, probably your good self has done very good works in Gujarat after the communal riots of 2002 but even today a good number of Indians and many Governments in the world believe that security of minorities were not given priority in Gujarat which caused irreparable lose to life and property of millions. It may not be an exaggeration to say that the ghost of 2002 is still following India like a shadow.

5. The idea of Ghar Wapasi sounds very impressive to a section of the society but we must remember that Swami Vivekanand writes in PATRAVALI that it is not only due to poverty people got converted to other religions but for a better social treatment too. In the case of Ghar Wapasi (Reconversion to Hindu fold) which caste will they belong to when they return to the Hindu fold? Will they get an equal social treatment regardless of their previous caste?

6. We would like to state here that the concept of Ghar Wapasi (Reconversion to Hindu religion) has wider implications, if your good self along with the right wing Hindu organizations believe that Ghar Wapasi is a right thing then it may be right to think what would be the state of India , if the Dravidians claim that India belongs to them and Aryans should leave, if the low castes come up with the idea that they suffered a lot in the hands of high caste and they want to take revenge for the past, if the Indians claim that all those came from Pakistan, Bangladesh, Nepal etc. should go back to their counties etc, then what will we do with the great contributors of India like Hon’ble Former Deputy Prime Minister of India Shri. L K Advai ji. Can we imagine a society totally based on revenge and hatred of the past? India is becoming a village by people moving from one place to another for a better living. I am afraid of the idea of Ghar Wapasi because in the course of time this ideology can expand unimaginably and enter into

all walks of life which will disturb the socio-communal fabric of India.

7. It is a matter of fact based on the Holy Bible that neither Lord Jesus nor the truly committed Christians promote any form of illegal conversion. Therefore it would be fitting to get the list of such Christians whom the fundamental organizations claim to have been illegally converted and investigate them through an impartial all religion committee.

8. The communal disturbances can badly affect the dream of your good self to make India investors’ dream destination. After having understood your dream of developed India, I am tempted to believe that the communal disturbances are the evil designs of our enemies to tarnish the image of India and the Indian Prime Minister in global scenario which can slow down the pace of progress of India.

We request your good self to consider the above mentioned points and initiate steps to restore security in the minds of Christians and conduct an impartial enquiry into the increasing attacks against Christians.