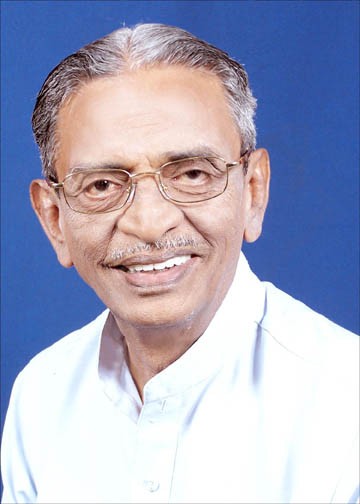 Doesn’t even Gita say: Change alone is the unchanging law of nature? All that happened, happens, will happen is for good, to live is to change, only the dead don’t, they rot and stink. Want that? Only let no one force change on any one.

All conversion talk is a slippery slop. You and I as well as any one can slip up and hurt ourselves and others. To understand all the delicate issues involved, we have to first free ourselves from all prejudices, which is not easy when it comes to one’s own religion of birth. Secondly we should refrain from being judgmental before we listen patiently to  complaints, as well as desires and aspirations of all parties involved.

Technically conversion is purely a change of mind and heart from one outlook to another, from one theory or belief  to another. From a rational point of view any one has the right to win over people to what one thinks is true, right, just and good. That is what is meant when they  popularly speak of making friends and influencing people. That is what all political parties – BJP, Congress, Left parties -- are doing constantly,  sadly often using false and deceptive propaganda, monetary inducements and worst of all threats for non-compliance.

What is happening in the political world is happening also in the social, business, corporate and religious worlds. All should be welcome to this competitive marketing of ideas and beliefs using fair means and offering equal opportunities to all. What is to be avoided  as objectionable is force alone, cut-throat competition using unfair  deceptive means or the offering of inducements(bribe) in cash and kind. In spite of it one fails to understand how the Ghar Vapsi group publicly indulge in fund collection of a fixed amount for converting a Christian back to Hinduism, and double that amount to convert a Muslim back to Hinduism even when they go hammer and thong against use of all allurements. Why raising funds, if not to use as inducements?

That is why  some one has said, Modi Government started well  with Black money Vapsi and is now sliding back into  Ghar Vapsi, and adds  “Ghar Vapsi is a shrewd alibi for forcible conversions” more to hide than to reveal one’s real intentions. In both the end  aimed at is change of mind and heart, whether you call it conversion or Ghar Vapsi. It is like a hurt mother rushing to the rescue of her son being called a thief: ”Please, please, don’t say he stole it, say he took it, he is not a thief.” I wonder if Modi thought why people love convent schools when he wanted them  to call Christmas, good governance day. Who is  promoting hate or love, for or against whom here? Is it OK to promote love for one’s pet idea, at the expense of another?

In the field of religious propaganda, Indian constitution gives full freedom  to profess, practice and propagate  one’s  faith and belief to anyone. Among world religions --  Hinduism, Christianity and Islam -- it is generally accepted that Hinduism is the most open or Catholic of all religions tolerating or welcoming people of all faiths and even of no faith (unbelievers).  It is  not proselytizing in any sense. Christianity and Islam instead  are considered proselytizing religions.

The word Proselytize is loaded with any amount of uncomplimentary connotations like use of inducements, force or divine threats. In Christianity there are over 2000 divisions, each having its own brand of Gospel (like hundred  brands of tooth paste), driving people to shout in unison and rightly: “Oh the scandal of divided Christendom!”

Catholicism with 1.2 billion members and the Pope at the head is the most influential of the multitude of divided churches. It used to be in the forefront of proselytizing  once upon a time. It  reached its notorious heights during the crusades and the Inquisition. That was history, not any more. Now as a more enlightened world wide religious institution it has openly acknowledged its  past stupidities and continues to ask pardon for them even now. Its present head, Pope Francis has come out publically, unlike any in history  and in no unequivocal terms  against “proselytizing”, terming it as the worst form of  cancer or leprosy sullying the Church’s fair image. He is a shining example in many areas to the whole world, not just to the Catholic world.

Does it mean that all – Catholics, priests, bishops and cardinals – strictly follow his example? He too has strong opposition from within his own  Church, from among powerful bishops and organized faithful,  as BJP is meeting with opposition from various RSS and Sangh Parivar elements. Is not Modi’s  Vikas agenda(‘sabka saath sabka vikas’) applauded by the whole world being torpedoed by his own family people, the   Hinduta brigade? It only proves that an enlightened leadership is not a necessary guarantee for equally enlightened followers. People have to be constantly educated and persuaded to change and excel. That is what is expected to happen through these discussions for and against conversion in political and religious circles. Everything is for the good, at least from an educational point of view.

Listen to a Writer

In an article forwarded to me by a friend on 27/12/13, Sri. TV Mohandas Pai writes on Conversion: A new breed of evangelical groups that are like hyper-growth start-ups:

“The Rajya Sabha has been paralysed by the Opposition on the “Ghar Vapasi” programme of a few organisations from the right. However, if you follow the debate, it is clear that this is a political battle by the left and the left of centre parties to embarrass and discredit the right of centre party in power. Maybe even with the intent to show up the government as incapable of bringing in reforms and development.

“The so-called conversion debate was an excuse to paralyze the Rajya Sabha, and a great opportunity was missed to debate the issue of large-scale surreptitious conversions across India (which is the real problem).There is no doubt that large scale conversions have been taking place across India, accelerating over the last 5 years led by evangelical groups from the West. The North East has been converted with Arunachal and Tripura being now targeted. Tribal belts across Odisha, Jharkhand, Gujarat and MP have seen large-scale conversions for several years now.

“The new phenomenon over the last 5 years has been the huge increase in evangelical conversions in Chennai and Tamil Nadu, clearly visible via the vehement advertising on particular channels on TV. Andhra Pradesh, particularly the interiors, Hyderabad and the coastal regions, has been specifically targeted due to the red carpet laid by a now deceased Chief Minister whose son-in-law is a Pastor with his own outfit. The visible impact across this region to any observer shows clearly that a huge amount of money has come in and that there is targeted conversion going on.

“Some evangelical groups have claimed that 9-12% of undivided AP has been converted, and have sought special benefits from the State (which has been reported in the media).There is a very sophisticated operation in place by the evangelical groups, with a clear target for souls, marketing campaigns, mass prayer and fraudulent healing meetings. Evidence is available in plenty on videos on YouTube, social media, press reports, and on the ground. Pastors have been openly tweeting about souls converted, and saving people from idol worshippers.

“Some pastors have tweeted with glee about converts reaching 60 million, declaring a target of 100 million, and have also requested for financial support for this openly. Violence in some areas due to this has vitiated the atmosphere. The traditional institutions of both denominations are losing out to the new age evangelicals with their sophisticated marketing, money and legion of supporters from the West. One can almost classify these groups as hyper-growth start-ups – with a cost per acquisition, a roadmap for acquiring followers, a fund-raising machine, and a gamified approach (with rewards and incentives) to “conquering” new markets.

“Our Constitution guarantees the freedom of religion, which includes the right of the individual to choose one’s religion. This is not in question, and is a very important concept for a nation like ours. But this right is terribly constrained by religions, which severely punish apostasy.

Our laws prohibit conversion due to inducement, allurement, undue influence, coercion, or use of supernatural threats. Every debate on TV misses this point - people argue on grounds of constitutional rights and abuse right wing groups who protest such conversion forgetting that these new age evangelicals are clearly breaking the law!

“They go to the desperate, and prey on their insecurities by offering education for their children, medical services for the sick, and abuse existing religious practices and traditions. People also point to the approximate 2.3% share of this minority in the last 3 censuses to deny such conversions.”

Not so, says Another

“It is true that conversions of Hindus to Christianity and Islam are taking place. The zeal of the missionaries of these two proselytising religions has reached alarming proportions. But what can Hindus do about it? It will be simplistic to assume that all conversions are forced or induced fraudulently. Many are forsaking Hindu fold for calculated personal reasons.

“Some of the reasons are selfish.  One Music Director converted to Islam at the prodding of a Pir. Another Music Director and a Tamil film hero chose Islam to marry Muslim girls. Some in the cine field convert to Islam to overcome divorce obstacles. Christianity lures Hindus through faith healing. A Telugu actress converted to Christianity to cure her son afflicted with some illness. Very few conversions are based on genuine change of heart. There is, however, no way to bring conversions within the mischief of law. Enactment of anti-conversion law will be counter productive.

“Muslim and Christian zealots will use it to further denigrate Hinduism. Jayalalithaa learnt a bitter lesson in 2006 elections and paid a heavy price. Even if we are not bothered about the political fallout, we cannot enact a dead letter law. Ghar wapasi is a thoughtless measure. Hinduism does not recognise conversions. There are thousands of followers of Caucasian origin owing allegiance to Swami Vivekananda, Sri Aurobindo, Swami Sivananda, Mata Amritanandamayee, Swami Satyananda Saraswati, Puttaparthi Sri Satya Sai Baba. None of the savants converted their ardent followers to Hinduism. That is the most sensible policy. Hindus should not count heads. We should only win hearts. Not only of non-Hindus, but also of Hindus willing to leave their faith.”

Sri Srinivasan’s statement: “We should only win hearts,”  is the right note to conclude this discusson. This is precisely what Francis  Pappa also said while discussing Proselytizing. Christians should win over people by their shining life of love and care. That is how Christianity spread in the first century. People pooled together their resources and lived the first communist commune putting into practice the principle: “To each one according to his/her need and from each one according to his/her capacities”  The result was there was no one in need or want in that first all inclusive fraternity, which made people outside exclaim: “See how they love each other” and joined them en masse  on their own with no compulsion whatsoever.