At a time  the  entire World ‘s  attention is focused on the deadly corona virus spreading at an alarming speed, destroying lives as never before , media is busy with constant reports , channel discussions,press meets due to the gargantuan threat to the entire humanity Despite all this tragic scenario , Kerala ,God’s own country is buzzing with brutal rapes, severe child abuses often resulting in the victim's murder, acid attacks, dowry deaths, honor killings etc

Recently , 45 year old Padmarajan , a teacher in  for sexually abusing a 6th standard student in the school bathroom is caught from his hiding place,bythe Kerala Police  .

When the media reported ,the medical examination result of proving  brutal sexual assault on the child  and the   Police indifference due to  Padmarajan ,a local BJP leader’s political connections,Police sprang to action , arrested  and ’a case was registered uunder “POSCO’ act !!

Thanks to corvid 19 ,  the usual protest marches , effigy burning and the violence & vandalism are spared as in the case of the suicide of ‘ Valayar case.

Not long ago, Malayali viewers  had an  unforgettable sight of a short,  frail old man in hand cuffs was attacked by an uncontrollable mob throwing stones at him, shouting  obscenities .

He is Victor Daniel from Kollam who  raped & allegedly killed his own grand daughter,after years of sexual abuse .So many incidents of such  Pedophiles are reported with unfailing regularity that none raises an eyebrow when hearing it!!!’

What  is     pedophilia? It  is an irresistible attraction towards young children,   sexually arousing fantasies, impulsive desires or behavior involving sexual acts with a child.

Some Researchers try to establish the cerebral dysfunction of

Pedophiles, while others attribute this tendency to biological & environmental factors. According to them, the childhood victims of pedophiles turn out to be future child sex abusers & re-live & enjoy the role-reversal. In this connection, it is relevant to quote Cardinal Wilfred Fox Napier, one of the cardinals, who took part in the conclave for electing Pope Francis.

During his BBC interview, Cardinal Napier expressed his opinion that “Pedophilia is not a criminal condition, it’s an illness.”

Later, apologizing to the Victim’s Rights Group, the Cardinal said, “Child sex is a heinous crime because of the damages it does to the child; in that concern, I include the abused who has become an abuser.”

Though, there is an increasing awareness of pedophilia now, due to the media reports, studies & surveys of Child commission, observance of November 19 as the ‘World day for the prevention of child abuse etc., this is by no means a new evil.

Vladimir Nabakov’s novel ‘Lolita’ (from which the term ‘Lolita complex’ is derived) is centered around the obsessive sexual attraction of a step-father towards his prepubescent step daughter.

The public image of a pedophile, an ugly old man hiding in the bushes, waiting to snatch young children off the street,  is absolutely a myth. In reality, they are family members, trusted family friends &teachers ,

PadmaRajan &.  Victor Daniel ,the grand father of Kollam & the innumerable reports of fathers raping his little daughter’s  etc prove this,

In many  such cases the victim’s family supports the predator

complaint, based on the abnormal sitting posture of her body, her legs laid flat on their floor, was ignored by the Kerala Police,  for two long months. Later, the Human Rights Commission took a suo motu case on the incident & sought reports from the South Zone I.G. which eventually led to Victor’s wife’s revealing  the painful fact she was informed about her husband’s’ immoral’ approach  by her daughter & grand daughter.

Sexual abuse by clergy has been a shameful aspect of Catholic culture for centuries.

Catholic church’s spiritual hierarchy and ’absolute control goes to the extent of persuading the victims to be a part of their own cover-up, as  is proved in the case of 58 year old Fr. Robin Vadakkanchery, Vicar of St. Sebastian Church in Kannur.

Fr. Robin Vadakkanchery was arrested from the Airport, minutes before his flight to , for sexually assaulting a 15 year old plus one student, who gave birth to his child.

In this case, Fr. could successfully buy the silence of the victim as well as a ‘scapegoat’ to take the blame, the victim’s own father, by paying  Rs 10 lakhs.

Strangely, this happened barely two months after Pope Francis had exhorted Bishops all over the World, to show zero tolerance towards crime against children.

An international manhunt has been launched for a 29 year old Business Manager in , Vigish Kooriyal, a native of Malappuram, Kerala, who fled to , on the eve of his trial for raping a six year old boy.

The innocent six year old boy came to know the ‘game’ Vijeesh played with him, was actually sexual abuse, only when he learnt about sex in his School.

Kerala is Tourist’s paradise with it's beautiful backwaters, lagoons, emerald green paddy fields, long stretches of beach etc. Foreign pedophiles enjoy the luxurious house boat stay with kallu (Local toddy) with Karimeen fry (Pearl spot fish fry) in the company of young boys, followed by extended journey, visiting other places etc., for comparatively very low price. Since the supply of boys does not equal to the demand, there is a tremendous increase in the number of boys being trafficked to Kerala for sex trade.

For example, Raymond Varley, part of the International ring of Pedophiles, preyed on children, mainly from the Orphanages run by Freddy Peats was arrested in Thailand but sent to London on the Interpol Red corner notice; CBI continues to fight a legal battle for his extradition.

Duncan Grant, the founder of “Anchorage Shelter Homes of Mumbai” & Alan Waters, his trusted lieutenant got away with just   6 years imprisonment & compensation for the two victims Kranti Londhe & Sunil Kadam, indeed a small price to pay for running an organized racket of Pedophilia for more than a decade in Mumbai!

citizen Paul Makin with a fake Doctorate, worked as the Principal of the in had abused several children. Though arrested, after serving a year’s imprisonment, he managed to escape from , like the other Citizens.

Now, Internet has become a common hunting ground to prey

Though, “Kocchhu sundarikal” appeared like pictures posted in Face book, in reality was a den of pedophiles with note from the group administrator, “what would you like to do with her?” etc.

Social Activist Sunita Krishnan has urged the court to issue a direction to Kerala Police to make Face book also an accused in the case.

No doubt, the alarming number rapes of children, women & even old women above 70, including the most brutal rape of a 90 year old woman in Kerala, makes it a virtual hell on earth.

But, that does not mean that the other states in   are free from the terrible crime.

38 year old tailor Sunil Rastogi, father of 5, including two daughters is a serial rapist from Rudrapur in Uttarakhand.

He agreed to raping 60 girls between the ages of 7 & 13 years, though the number is more than 500, according to his own admission during questioning.

This superstitious pedophile in his red jacket (supposed to be his lucky charm) travelled always in Sampras Kranti Express to to prowl on School children between 2 & 4pm.

away from the group, gives her a new set of clothes, supposed to be from her father, takes her to a secluded place and rapes her.

POCSO Act (Protection of Children from Sexual Offenses) of 2012, brought welcome changes in the laws related to protect Women & children from sexual exploitation.

Justice Verma Commission, set up to reform & invigorate anti-rape law after the gang  rape, in their 630 pages’ report deal with sexual crimes at all levels. Resting heavily on the Constitution of India, especially Article 14, ’Right to Equality’ recommends improvement in the working of the Govt., the Judiciary, the Police along with the child-parent & teacher-student relationship. Stressing the importance of sex education, specially trained Counselors for all Schools, a revamp in the curriculum of our Education system, vigilance of the monitory agencies on the sexual exploitation including forced lesbianism, sodomy, prevalent in Orphanages & shelter homes.

Though the Verma committee is opposed to Capital punishment, or Castration practiced in several countries including the some of the US states like California, Florida etc., as punishment to rape, they strongly recommend 10 years ‘life imprisonment’, ‘life’ meaning the entire natural life.

Posco Act, & the implementation of the practical suggestions of Justice Verma committee, would be a golden panacea for child sexual abuse that plagues our society.

As Marian Wright Edelman, American Activist, President & founder of the Children’s Defense Fund, has rightly pointed out, “A nation that does not stand up for its children, does not stand for anything & will not stand tall in future.” 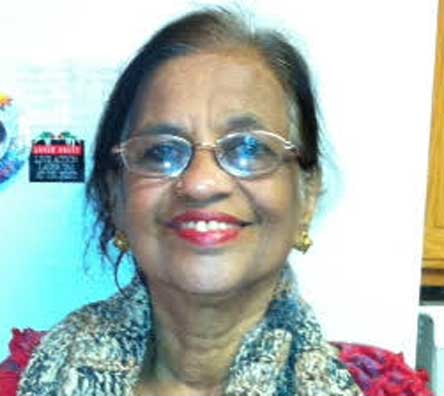