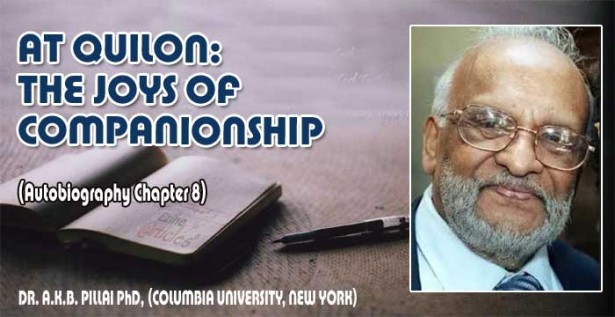 [DEDICATED TO MY UNCLE ARRACKAL VASUDEVAN PILLAI AND TO HIS WIFE]


My oldest uncle, Arrackal Vasudevan Pillai was a very generous person. My grandfather felt more freedom to deal with this son. He himself had a wife and six children. He was married to a woman in a famous family known as Ammachi Veedu, meaning ‘house of the mother’, in Quilon. They have a family temple, of Mother Goddess to which devotees came from all around, including non-Hindus.

At the time my uncle had a small gold jewelry store in the heart of Quilon. With the meager income from the store he managed his wife and children as well as my grandfather, mother, the youngest sister, my mother’s young daughter and myself. Besides, he also helped my aunt’s unemployed brother.

He and his family lived in his wife’s maternal household which was built in the traditional Kerala style of architecture with an open rectangular area in the center of the house. So the house was very well ventilated with sunlight. During the rainy season the water splashed into the two areas of the house, from the open area. My uncle's family lived in one side of the house. On the other side lived my aunt’s older sister, her husband and children as well as her own unmarried younger sister. The older sister had five children of her own. Her oldest son, Devakuttan Chettan,- his real name, G.S. Unnithan (Chettan meaning ‘older brother’; I called him so) was employed as a clerk in a British company. His younger brother was around my age. The members of the family as a whole were very friendly and affectionate. They cared the children very much. My aunt’s younger sister in her early forties, at that time whom I called Kunjammayi (small aunt) was especially kind and caring. My aunt’s older sister’s husband was a rough and brave type of man in his fifties, specialising in traditional medicines which he made himself in the house. He did not have a dispensary or a clinic. He went around to patients and treated them. The fishing folk on the beachside were especially his clients. I think he specialised to treat certain diseases. He was quite popular and influential among his patients. He mingled little with the children. My aunt’s one brother was an astrologer and palmist. The other brother was a manager of movie theatres and film distribution.

Fish was a major item of food, Quilon being on the banks of the ocean, plenty of fish were available. Women and men everyday brought large amounts of fish to sell. Probably I became fond of fish from my experience of living there several years.

I learned the joys of living in an extended family from there. Besides, my aunt’s other relations were living in another four-square house near the temple with whom we freely mingled. Tuesday and Friday were famous as auspicious days to worship the Mother Goddess. The lane to the temple, on which was the house of my aunt, named Devi Asramam (the hermitage of the Mother Goddess) has been filled with devotees going to the temple, especially in the evenings. In those days any person in the family, especially females, can receive the offering from the devotees to the Mother Goddess and give in return the ritual artifacts. In a few years after my staying there, the administration of the temple became more orderly, with only the manager of the temple accepting devotees' offerings with the secretary and/or treasurer handled the money and the offering of artifacts.

I studied for four years at the government public school, around a mile away. It was a joyous experience. The school had students of many religions such as Hindus, Muslims and Christians. There is a large Muslim community in Quilon. They are mostly involved in trade, as merchants. I was very much intrigued by many students involved in sports and games. I remember a small boy by name Alex who excelled in jumping pole vault and got prizes. I tried to accept in one mile race. But there were better runners. During the lunch time I joined a host of boys and played football (soccer), using the pits of mangoes as the ball. We did not have sandals or shoes. We played with bare feet.

An interesting experience to remember is beginning myself as a public speaker. When the teacher called, I volunteered. I do not remember what the subject was. One teacher I remember is of the name Matthews. Once he satirised ignorant people eating dried fish, unhygienically dried on  the open sands.

This school had given me the great deal of happy experiences. After two years in Trivandrum I came back to this school for the final year of the high school.

Around fourth year of my study at Quilon, thieves got into the store of my uncle and stole the gold ornaments. Suddenly my uncle became poor, affecting the wellbeing of all of us. He did struggle in many ways to maintain his family. It was wartime. There was a big demand for scrapped metals bought from the public. My uncle opened a store. It was not a real success. I used to go and help him. One night I slept with him on the verandah of the closed store, on the roadside. I do not remember why he did not want to go home. Later, for a few years he worked as the manager of a movie theatre in Mayyanad. My grandfather went to stay with him and died there. My uncle suffered extreme poverty in his old age when I started working at Sree Sankara college, Kalady. I sent to him every month a small amount of money to help him.

I have sweet and grateful memories of my uncle and his family at Quilon.


Copyright Dr. A.K.B. Pillai and/or Donna Pillai. Please feel free to quote up to ten lines with reference to my Facebook or E.Malayalee. Please get my written permission to reprint the whole article. 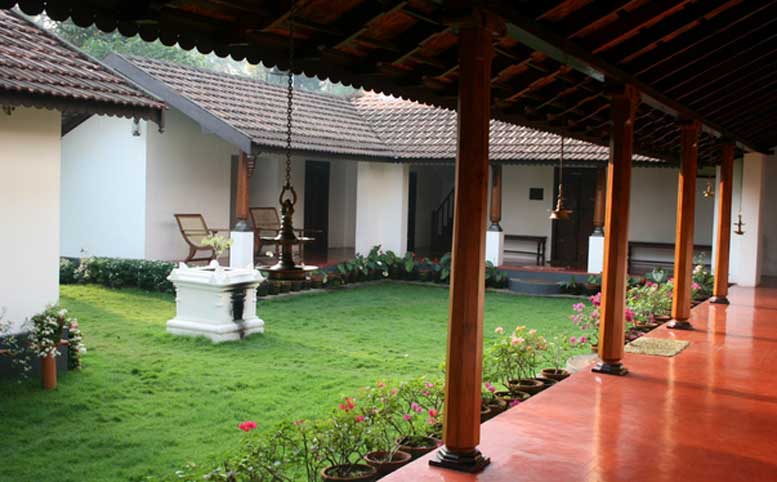 Facebook Comments
Comments
Abraham Thomas 2020-11-07 17:48:38
Thanks AKB for the nostalgic memories. My house was just a stone's throw away. I am younger to you so may be we were not child hood friends. Ammachi Veedu family members were like members of our family. I was told by my family that I was initiated into Malayalam by one Amminiyamma, a little old lady who did this to a lot of kids in those years. My grand father, late Mr. M. Mathunni was the first representative of Malayala Manorama. We lived in Curzon Road just opposite two Telugu doctors who also had big joint families. I went to St. Aloysius was in the first English medium class, to Fatima Mata College and to S N College. Hope to meet you some time to relive memories of Quilon. Abraham Thomas
Dr. A.K.B. 2020-11-16 18:26:41
Abraham Thomas thank you, best wishes.
AKB Pillai 2020-11-16 18:34:57
Dear Sri Thomas, most joyous to hear from you. I am also eager to meet you. Please read my autobiography and the Facebook writings and write your observations. I am most happy that I got a new great friend. Dr. A.K.B.
Leave A Reply
മലയാളത്തില്‍ ടൈപ്പ് ചെയ്യാന്‍ ഇവിടെ ക്ലിക്ക് ചെയ്യുക
അസഭ്യവും നിയമവിരുദ്ധവും അപകീര്‍ത്തികരവുമായ പരാമര്‍ശങ്ങള്‍ പാടില്ല. വ്യക്തിപരമായ അധിക്ഷേപങ്ങളും ഉണ്ടാവരുത്. അവ സൈബര്‍ നിയമപ്രകാരം കുറ്റകരമാണ്. അഭിപ്രായങ്ങള്‍ എഴുതുന്നയാളുടേത് മാത്രമാണ്. ഇ-മലയാളിയുടേതല്ല