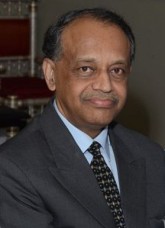 As I write this, Gujarat Chief Minister Narendra Modi is creating news everywhere through his speeches and propaganda, as the BJP’s Prime Ministerial candidate. It has not only created quite an excitement in the Indian electoral scene that is getting ready for the 2014 general election, but also with a core NRI segment around the globe and the USA in particular.

Modi is running for the most important office in India with some heavy baggage accumulated over the years as the Chief Executive of Gujarat through his divisive rule and autocratic ways. Modi is largely disliked by the Muslim minority in Gujarat, who accuse him of culpability in the communal violence that has killed over a 1000 people and destroyed crores of rupees worth of properties. When Reuters asked him earlier this year if he regretted the killings in 2002, he said, if ―someone else is driving a car and we’re sitting behind, even then if a puppy comes under the wheel, will it be painful or not? Of course it is.‖ He has never ever expressed regret for the gory mayhem of Muslims; much less apologize for the incident. This cavalier attitude by a man who is the Chief Law Enforcement Officer of the State is deeply troubling to peace loving people everywhere in India. It has been a matter of concern to the civilized world, led by USA that has repeatedly refused Visa to Modi taking cognizance of his human rights violations.

Supporters of Modi in the Diaspora are quick to forgive him on many of his transgressions on the reasoning that what he has done for Gujarat in terms of development somehow qualifies him to be the Prime Minister. They seem to believe that he could uplift the middle class, and root out corruption especially in the public arena. However, the question that needs to be answered is whether the rest of India needs a Gujarat Model of development to bring peace and prosperity to its own citizens.

However, the truth is Gujarat does not figure even among the 10 most developed states. Among the country’s 28 states, Gujarat has been ranked 12th - surpassed even by the hill state Uttarakhand (sixth) – according to the underdevelopment index formulated by a panel under Raghuram Rajan, current Governor of Reserve Bank. The new index is based on averages of ten sub-components — monthly per-capita income, consumption expenditure, education, health, household amenities, poverty rate, female literacy, share of scheduled castes and scheduled tribes in the total population, urbanization rate, financial inclusion, and connectivity. Goa, Kerala and Tamil Nadu led the list of the top 10 among the most developed states according to this report.

Let us look at some of the Statistics here. In 10 years, 60,000 small-scale industries have been closed down1. ( Gujarat ranks 5TH in F.D.I.)2 The state’s total debt was less than Rs

Gujarat is at 8th position in agricultural growth. Gujarat never achieved 10% growth in Agriculture sector. As per Government of Gujarat’s own statistics from year 2005-2006 to 2010-2011, growth in GSDP in Agriculture and Allied sector is 3.44% only: not double digit or 10%4.

Close to half of the state’s children under the age of 5 (44.6 %) are known to be suffering from malnutrition. 70 per cent are said to be anemic while 40 per cent are underweight5. Health expenditure in Gujarat has fallen from 4.25% in 1990-95 to 0.77% in 2005-2010. Gujarat occupied the second position from the bottom in terms of allocation of health in state budget6. According to report on Global Hunger (2009), among the major 17 states in India, Gujarat ranks 13th with a Hunger Index of 23.3. The state has been declared as an ―alarming state‖ along with MP, Jharkhand and Bihar7.

If one independently looks at various human development indices whether it is literacy, education, quality healthcare, consumption, expenditures, infant mortality, gender ratio, minimum wage, underage employment of children, sanitary facilities in public schools, etc., Gujarat has quite a distance to go to catch up with other states. According to Economist and Planning Commission member Abhijit Sen, ―If you look at HDI data from Gujarat, you will see a large difference between the levels of development of tribals and non-tribals, and between those of urban and rural people. When the state-level average is worked out, the overall score (of Gujarat) would fall short of those of several other states…The growth rate of the state is good. It has attracted industrial investment and registered agricultural growth. But in HDI like infant mortality, it is on par with Bihar‖.

It then begs the question: why is this myth about the Gujarat model of development is being trumpeted around? In the past several years, it appears that the Modi PR machine has done an effective job passing misinformation for the consumption of the masses. A large segment of the NRI population also bought into the idea that Modi could cure India’s ills by applying the Gujarat formula.

When it comes to corruption, Modi is generally considered corruption free. However there is an additional myth that he is so tough on corruption that Gujarat faces less of it than other states. This is not an honest assessment. It is mainly the perception of Modi’s admirers outside Gujarat that he has created a corruption-free state. The truth is that the problems most Indians are troubled by are also faced by Gujaratis. One only needs to look at the real estate transactions with regard to taxes or underground smuggling and distribution of alcohol to see the glimpse of what is taking place under the radar.

A certain segment of the Diaspora is indeed passionate about defending Modi and supporting him for higher office. However, let that be based on rational arguments with supporting facts, not based on myths and hearsay that may not bode well for us or India in the long run.

1 Director, Department of Economics and Statistics, Government of Gujarat.2011-12

2 Director, Department of Economics and Statistics, Government of Gujarat. & Report by Reserve Bank of India.2011-12).

4 Gujarat economics and statistics department, govt. of Gujarat And Times Of India

Facebook Comments
Comments
MANNADY HARI 2013-11-22 11:29:43
"ITALIAN BRAND LIES"ARE COMING OUT ABOUT GUJARAT AND MODI. IT IS NOTHING BUT VATICAN STYLE, JUST TO SAVE THE TARNISHED CONGRESS AND ROMAN CATHOLIC SONIA. BUT IT IS NOT GOING TO SAVE THE CORRUPT AND ANTI-NATIONAL CONGRESS, AND THEIR ANIMAL LIKE COTERIES.
DEAR BROTHER, IF U SAY THAT EVERYTHING IS UNFAIR WITH MODI, THEN WHY DID THE  SONIA CONGRESS GOVERNMENT IN CENTRE GIVE THE BEST CHIEF MINISTER AWARD TO MODI, MORE THAN ONE TIME. U JUST GO TO THE WEB SITE OF THE GUJ GOVERNEMENT TO SEE THE NUMBER OF INTERNATIONAL AND NATIONAL AWARDS OF EXCELLENCE, WON BY MODI. FORBES MAGAZINE, TIME MAGAZINE AND SIMILAR INTERNATIONAL MEDIA HAVE WRITTEN AMZING ARTICLES ON THE GREATNESS OF MODI. JUST READ AND REALIZE THINGS, INSTEAD OF HATING AND SPREADING FALSE THINGS AGAINST MODI.
IN 2014, MORE ARTICLES OF THIS NATURE WILL COME OUT. COOKED UP BY FANATIC GROUPS AND ANTI-HINDU INDIVIDUALS LIKE U, WE EXPECT MORE LIES TO COME OUT. PLEASE STOP IT BROTHER - IF U ARE A GOOD CHRISTIAN, AND A FAITHFUL FOLLOWER OF JESUS CHRIST ,FOR JESUS HAD NEVER TOLD AND PROPAGATED LIES , AS IS BEING DONE BY U.
Kumar 2013-11-22 12:08:19
What is Modi's claim to fame? directly or indirectly supporting a mass murder of fellow Indians? Is that what we want from our leader?
Hari's hate is evident when he spoke of Vatican and equating Sonia. I advise him to read writer Zacharia's article published in emalayalee yesterday.
Those who love India and democracy should oppose Modi and his cronies. Their standard saying will be then we are anti-Hindu. Killing others and hating others is not Hinduism. We heard of it clearly when Sasikala teacher came and spoke in the US
murali 2013-11-22 13:33:58
George Abraham will only say so..He is president of INOC. He is bound to say these remarks. I don't think he has ever visited Gujarat or any other states in India. Straight from Kerala (kappa mathi). Your article says your caliber. What about the Sikh massacre in 1984 after Indira Gandhi's death. More than 2000 people died and 100,000 fled from Delhi to Punjab. That was under Congress so ignore that..Congress leaders are in corruption rackets, What is the plight of common man under congress rule for more than 50 years??? Use your  brain.... Everybody knows Modi is not going to uplift India into heaven..just try this option...
Krishan K Arora 2014-08-09 17:32:39
Budha said three things can never hide. Sun, Moon and the Truth. If Truth has been hided by Modi and Amit Shah, Budha's universal message will hold them in bad light and once their downtrend comes they will be finished for ever. And if they are innocent no harm can ever be done to them.
Leave A Reply
മലയാളത്തില്‍ ടൈപ്പ് ചെയ്യാന്‍ ഇവിടെ ക്ലിക്ക് ചെയ്യുക
അസഭ്യവും നിയമവിരുദ്ധവും അപകീര്‍ത്തികരവുമായ പരാമര്‍ശങ്ങള്‍ പാടില്ല. വ്യക്തിപരമായ അധിക്ഷേപങ്ങളും ഉണ്ടാവരുത്. അവ സൈബര്‍ നിയമപ്രകാരം കുറ്റകരമാണ്. അഭിപ്രായങ്ങള്‍ എഴുതുന്നയാളുടേത് മാത്രമാണ്. ഇ-മലയാളിയുടേതല്ല