The fall of the ‘last Citadel’ of justice: Supreme Court of India (George Abraham) 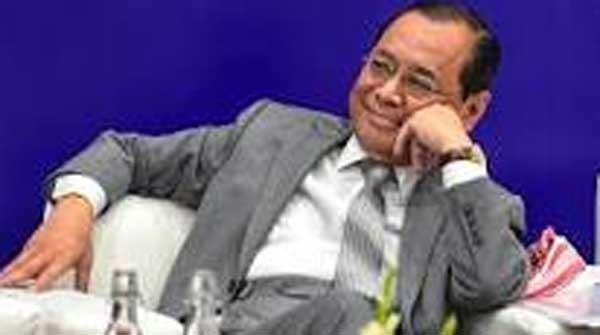 It is to be noted that not so long ago, on January 12, 2018, to be exact, Mr. Gogoi was part of the four-member Supreme Court Justices along with Justice Kurian Joseph, who held an unprecedented news conference to warn about dangers of political interference in the judiciary. “The four of us are convinced that unless this institution is preserved and it maintains its equanimity, democracy will not survive in this country,” Justice JastiChelameswar said during the press conference held at his home.

Since independence, the Supreme Court remained a firewall against abuse of power by the Executive branch or the elites in the ruling class. The integrity of judges has been a critical component in rendering impartial decisions that have far-reaching effects on every segment of society. Judicial independence is vital in reassuring the public that judges would dispense cases with honesty and impartiality only in accordance with the law and evidence presented to them. The Supreme court must be free of fear and favor from the Executive, then only it would be trusted by the public.

If we look at the record of Gogoi as the Chief Justice, he has headed a five-member constitution bench that delivered a historical and unanimous judgment deciding the fate of the Babri Masjid land in Ayodhya in favor of Hindus and also headed the bench that put SC’s stamp of approval on the Rafale fighter jet deal between India and France clearing the BJP government of serious corruption charges from the Opposition. Moreover, Supreme Court headed by Gogoi appeared to have dragged its feet in setting up a quick hearing on the violations of the civil rights of Indian citizens in Kashmir after the abrogation of Article 370 by the Modi Administration.

Therefore, his nomination to the Rajya Sabha raises a serious question of quid pro quo that would have a diminishing effect on the judges who serve in the Court and debilitating impact on the Institution and its Independence the public have come to rely on for its final word. One may argue that Mr. Ranjan Gogoi’s nomination to Rajya Sabha is not unprecedented as it has happened under the rule of the Congress Party as well. When Justice Rangnath Mishra, the former Chief Justice of India, was nominated to Rajya Sabha in 1998, most observers also saw it as a case of quid pro quo. Two wrongs don’t make it right.
There are indeed widespread criticisms around this nomination, and some of the prominent citizens have spoken out loud. “What concerns me is that Justice Gogoi had relinquished charge as the CJI as recently as on November 17, 2019, exactly four months ago. In my view, offering the higher members of the judiciary nominated positions such as the Governor of a State or a Membership in the Rajya Sabha undoubtedly sets an unhealthy precedent, as it tends to weaken the institution of the judiciary,” wrote E.A.S Sarma, a former IAS officer of 1965 batch in a letter written to President Ram Nath Kovind.

Some others are also wondering about the evolution of Ranjan Gogoi from an independent justice who has spoken out against the tyranny of the executive interference in the judiciary to a vassal of a machiavellian ruling hierarchy that is hellbent on controlling the judicial process promoting their political agenda. As soon as Mr. Gogoi was nominated to the position of CJI, a 35-year-old junior court assistant wrote to 22 Justices in the Supreme Court, accusing him of sexual harassment. Later, a three-member Supreme Court panel investigating the allegations gave a clean chit to Gogoi in the matter. The woman who filed the charges was fired, and her family was said to be harassed. In a statement, the complainant said, “Today, my worst fears have come true, and all hopes of justice and redress from the highest Court of the land have been shattered. “However, in a curious and shocking twist and turn to the whole story, the woman was magically reinstated after Gogoi has vacated his office. One indeed wonders who is behind this entire drama and how the justice may have been compromised!

When those four justices, including Gogoi, conducted that famous 2018 press conference, they were expressing their disapproval about how then Chief Justice Dipak Misra was assigning the cases, especially the one pertaining to a petition seeking an independent investigation into the mysterious circumstances surrounding the death of BH Loya in 2014. At the time of death, Loya was presiding over the Sohrabuddin encounter case, in which the current Home Minister was a prime accused. In November 2017, the caravan reported the shocking claims raised by the family of Judge Loya.

In Expressing their strong disapproval of the process, on behalf of the four Justices, Mr. Chelameswar said “they don’t want another twenty years later some very wise men in the country to say that Chelameswar, Ranjan Gogoi, Madan Lokur and Kurian Joseph sold their souls; they didn’t take care of their institution; they didn’t think of the interest of the nation. So, we place it before the people of the country,”

Only time will tell whether Mr. Ranjan Gogoi has sold his soul or compromised the noble principles. Still, his actions during his tenure as CJI and now his acceptance of Rajya Sabha seat from BJP has indeed cast a cloud suspicion around him and may have irreparably damaged the independence of the institution he was sworn to protect and proclaimed to defend. Moreover, for the people of India, it is a steep and tragic fall of the ‘last citadel’ of justice and a threat to freedom itself!
(Writer is a former Chief Technology Officer of the United Nations and Vice-Chairman of the Indian Overseas Congress, USA) 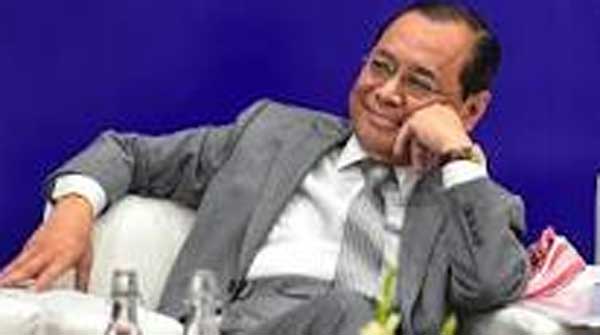