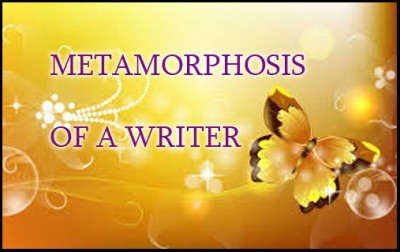 Most people are not aware of the potential and possibilities in them. They spend their life unaware of the talents in them and so fail to develop them.

You must have heard the story of a lion cub, brought up among a flock of sheep. Somehow, it ended up in a flock of sheep as the cub got detached from the den of lions. The mother sheep noticed the differences in the appearance of the cub but didn’t know it as the cub of a lion. The cub also noticed the differences in it from the rest of the sheep but did not know the truth about itself.

One day the cub saw a lion while moving with the flock.  Suddenly it became aware of his natural inherent power. The lion cub roared like the other lion, and the flocks were scattered in terror. The lion cub came running to join the other lion. Only then did the cub understand his identity.

We all have hidden talents that need to be developed. Apostle James reminds us that if you lack wisdom, pray to God that gives generously to all and it will be given to you. (James 1:5)

Writers are not born; they are made. The Creator of this whole universe is choosing those who seek Him, to reveal His mind. Some of them recorded these revelations, on the spot, for others to read. It is that simple. Later they organize these visions in different forms as articles, novels, and songs. Most of the scriptures we have received took shape this way. Now, do you think writing is an activity that can't be incorporated into your world and thus broaden the boundaries of your world?

True writers are prophets. The eyes of a writer focus into the distant future and visualize dark clouds forming in the distant horizon. These visions have a potential to rain with a thunderstorm unless the wind of change blows it away. Consider preaching of Prophet Jonah to the people of Nineveh of doom if they did not repent. As they repented the calamity was blown away. (Book of Jonah)

History has proved writers as prophets. The pen has been proved mightier than the sword. Writers have always given forth the clarion call of a new dawn appearing in the distant horizon, giving hope to millions. From the very beginning there has been no shortage of revelations, either giving hope to the faithful regarding the coming of the Bright and Morning Star (Jesus Christ), or warnings of doom for those failing to repent of their bad behavior.

Just like anybody else, prophets have to go through the same training schools and lessons to be able to submit to the will of God, before the mantle fall on them. Just as the egg of a butterfly hatches out into a caterpillar, pupa, and then to a beautiful wonderful butterfly, writers as God’s prophets must complete the rigorous training and completely surrender to His will. You might remember the Moses story told in an earlier chapter of this book.

Writing becomes easy when one understands the work of the invisible hand behind it. So there is nothing to boast, in being a writer. What your eyes focus on is just transcribed to a piece of paper. When you try to squeeze something out, then writing serves no useful purpose. Write down your emotions—anger, happiness, ecstasy and fears. If you see the clouds taking shape in the distant horizon, write it down.

Meditate on that Omnipresent Power for revelations and spent some time in prayer. Take a walk in the woods or on the beach or countryside or be alone in a quiet place. This will help bridge a connection with that Omnipresent Spiritual Power—the eternal wisdom of God. You can fill your pot to continue to help people understand the truth. God’s wisdom will be revealed to you as His messenger, to share with others, and to give them direction.
www.bvpublishing.org
www.youtube.com/user/Mathullah1